Tweet (Click to download) NASHVILLE, Tenn.  —Stephen Martines lightens the mood with the release of his upbeat music video for “Alright.” Emmy-award-winning producer/director Anthony Hemingway (Red Tails, American Crime Story, Unsolved: The Murders of Tupac and The Notorious B.I.G) patterns the video after the film … END_OF_DOCUMENT_TOKEN_TO_BE_REPLACED

Tweet Tommy Roe is a multifaceted international artist who wrote, co-wrote, and recorded, six top ten hits between 1962, and 1969, more than any other single artist/songwriter during this period of the 60’s, with four RIAA certified gold records, and two … END_OF_DOCUMENT_TOKEN_TO_BE_REPLACED

Tweet  NEW SINGLE “REASONS I DRINK” OUT TODAY FROM FORTHCOMING ALBUM, SUCH PRETTY FORKS IN THE ROAD, DUE OUT MAY 1ST, 2020  JAGGED LITTLE PILL OPENING ON BROADWAY DECEMBER 5TH seven-time GRAMMY® Award-winning singer/songwriter Alanis Morissette announced that she will be embarking … END_OF_DOCUMENT_TOKEN_TO_BE_REPLACED 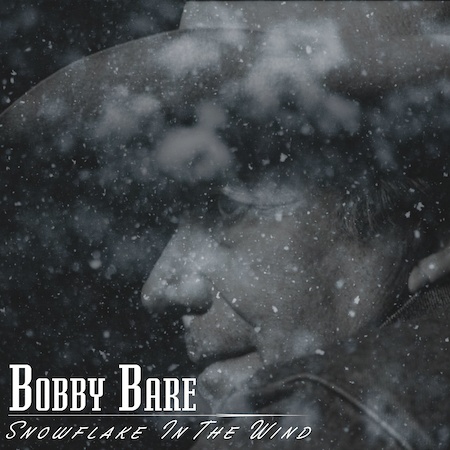 NASHVILLE, Tenn. – Legendary country music artist, Bobby Bare, has released a brand new song “Snowflake In The Wind.” Keeping with the traditions of the genre, Bare tells the story of heartbreak and trying to find his way after a loss, “drifting like a snowflake in the wind.” Throughout the song, Bare contemplates moving to different places, but continuously mentions that he will always see her face, eventually ending up where he has always been. Fans can listen to the song here.

“Snowflake In The Wind,” written with Darrell Scott (“It’s A Great Day To Be Alive,” “Out In The Parking Lot”), is the first release since his album Things Change in 2017. Not only is Bobby releasing music, but he also has a podcast, “Bobby Bare and Friends,” where he tells stories from the past and reminisces with his friends. Guests have included Jamey Johnson, Trace Adkins and Bill Anderson with more to come in 2020. Listen to the podcast here.

Bare was also featured on Blake Shelton’s 2018 recording of “Tequila Sheila” which Bare made famous and was written by Shel Silverstein and Mac Davis. The Country Music Hall of Famer and Grand Ole Opry member will be announcing a major new project in 2020.

About Bobby Bare
Born in Ohio, Country Music Hall of Fame and Grand Ole Opry member Bobby Bare is one of the most iconic country artists of our time with chart-topping songs like “Detroit City,” “500 Miles,” “Marie Laveau” and many more. From country legends like Little Jimmy Dickens and Hank Williams to big band acts like Phil Harris and the Dominoes, Bare’s style was molded and led him to nearly five dozen Top 40 hits from 1962 to 1983. The original “Outlaw” of country music, Bare was honored with many awards and accolades, multiple GRAMMY nominations and wins and an induction into the Country Music Hall of Fame in 2013. In 2017, Rolling Stone named him in the top 50 of the “100 Greatest Country Artists of All Time.” 2018 marks his 60th anniversary in the music business and the release of his studio album, Things Change, and two new music videos. The Outlaw Country legend continues to play sold out select dates throughout the United States and internationally. April of 2018 marked his 83rd birthday and a pinnacle moment in history as he was welcomed back home as a member of the Grand Ole Opry by Garth Brooks. For more information, visit www.bobbybare.com.

Tweet P (Click to Download) Scores Recent Cuts by Red Steagall, Kevin Fowler and Roger Creager Watch Video Here NASHVILLE, Tenn.  ⎼ Country crooner Paul Bogart brings us back to the way it used to be in his black and white video … END_OF_DOCUMENT_TOKEN_TO_BE_REPLACED