↓
Home→GENRES→Country Western→Country Music Hall of Fame® and Museum – We Could: The Songwriting Artistry of Boudleaux and Felice Bryant 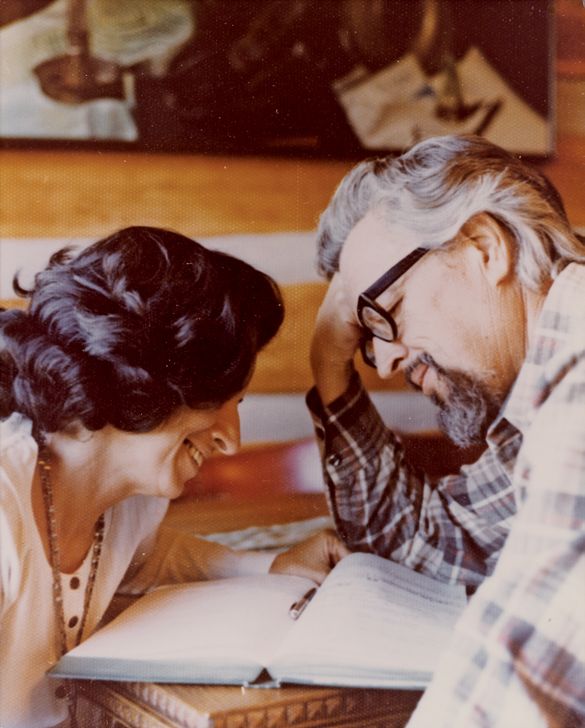 During their distinguished careers, the Bryants sold over half a billion records by one estimate, received 59 BMI awards and composed more than 6,000 songs, of which over 900 were recorded, by artists working in many different musical genres, including country, rock & roll, pop and R&B. Among the Bryants’ hits were the Everly Brothers’ “Bye Bye Love,” “Wake Up Little Susie” and “All I Have to Do Is Dream.” Additionally, their works include Little Jimmy Dickens’ “Country Boy,” Jim Reeves’ “Blue Boy” and Roy Orbison’s “Love Hurts,” which later became an international hit for the rock group Nazareth. The Bryants also wrote “Rocky Top,” a bluegrass standard named one of Tennessee’s state songs and a favorite at University of Tennessee sporting events.

“Songwriting involves the creation and refinement of a unique and personal narrative. It is an art form, and Boudleaux and Felice Bryant mastered it,” said Kyle Young, museum CEO. “Not only did the Bryants write some of the most memorable songs of our time, they also set an example for future generations of tunesmiths by establishing their own publishing companies. We look forward to sharing with our visitors the Bryants’ story, which includes creativity, innovation, ambition and romance.”

A love of music and a chance meeting at a Milwaukee hotel brought the Bryants together. They were married in September 1945 and began singing together throughout the Midwest and Georgia. During this time, they began writing songs. One of those songs was “Country Boy,” which they shared with singer Rome Johnson, who sent it to music publisher Fred Rose. Rose placed the song with Grand Ole Opry star Jimmy Dickens, who made it a #7 hit in 1949. Rose became the Bryants’ mentor, encouraged them to move to Nashville, and helped the couple assemble an impressive catalog of hits in the coming years.

The Bryants were more than successful songwriters. They also established an influential benchmark for songwriters when, in 1957, they negotiated a 10-year deal with music publisher Acuff-Rose that returned to the Bryants all publishing rights for their songs at the end of the agreement— the first of its kind in Nashville. During this time, the Bryants began writing for Acuff-Rose client the Everly Brothers. The Everly Brothers recorded 29 Bryant songs, including “Bye Bye Love,” “Wake Up Little Susie,” “All I Have to Do Is Dream,” “Bird Dog” and “Devoted to You.”

In 1967, in accordance with their contract, the Bryants began reclaiming domestic copyrights for the songs they wrote for Acuff-Rose and moved the titles to their House of Bryant publishing company. Today, House of Bryant, owned by the Bryants’ sons Dane and Del, continues to thrive.

“Dad used to say that he thought their songs were like wine that aged well in their ledgers. Like wine, songwriters’ lives and bodies of work are the unpredictable product of earthly and heavenly elements,” said Del Bryant. “Our parents would be thrilled the museum is decanting their songs and their love story for all the world to taste and enjoy.”

Items featured in We Could: The Songwriting Artistry of Boudleaux and Felice Bryant include handwritten lyrics, music and personal artifacts. Some highlights:

In support of the exhibition’s opening, The Bryants’ youngest son, Del, musicians and historians Bill C. Malone and Bobbie Malone and Nashville Songwriters Hall of Fame member Dennis Morgan will take part in a panel discussion focused on the legacy and influence of the Bryants in the museum’s Ford Theater on Saturday, Sept. 28, 2019, at 2 p.m. Morgan was the only songwriter with whom Felice worked following Boudleaux’s death.

We Could: The Songwriting Artistry of Boudleaux and Felice Bryant is presented by the Willard & Pat Walker Charitable Foundation, Inc.

More information about this exhibit can be found at www.CountryMusicHallofFame.org

About the Country Music Hall of Fame and Museum:

The Country Music Hall of Fame® and Museum collects, preserves and interprets country music and its history for the education and entertainment of diverse audiences. In exhibits, publications and educational programs, the museum explores the cultural importance and enduring beauty of the art form. The museum is operated by the Country Music Foundation, a not-for-profit 501 (c)(3) educational organization chartered by the state of Tennessee in 1964. The museum is accredited by the American Alliance of Museums, and welcomes over one million patrons each year, placing it among the most visited museums in the U.S. The Country Music Foundation operates Historic RCA Studio B®, Hatch Show Print® poster shop, CMF Records, the Frist Library and Archive and CMF Press. Museum programs are supported in part by the Metropolitan Nashville Arts Commission and Tennessee Arts Commission.

More information about the Country Music Hall of Fame® and Museum is available at CountryMusicHallofFame.org or by calling (615) 416-2001.