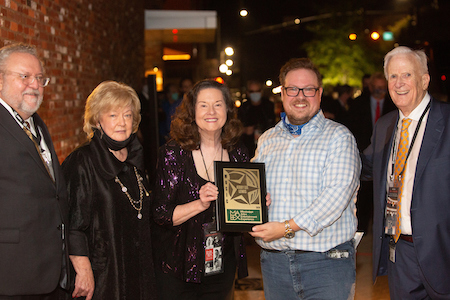 MERIDIAN, Miss. (September 4, 2020) – Thursday evening Jerry Lee Lewis was one of five legends inducted into The Mississippi Arts + Entertainment Experience (The MAX) Hall of Fame. Although Lewis was unable to attend the ceremony hosted by Marty Stuart, Jerry Lee Lewis III accepted the award on his behalf with his father’s sister, Linda Gail Lewis, who performed her brother’s major hits “Great Balls of Fire” and “Whole Lotta Shakin.’”

The2020 Hall of Fame inductees include the late Country Music Hall of Fame member Tammy Wynette, singer/songwriter Bo Diddley, poet and writer Margaret Walker (Alexander) and bluesman John Lee Hooker. The Hall of Fame consists of influential men and women that have had an impact on arts and entertainment and count their roots in Mississippi. Previous inductees include Jimmy Buffett, Charley Pride, William Faulkner, Morgan Freeman, John Grisham, Elvis Presley and Oprah Winfrey among many others.

The nomination process consists of a nationwide committee of various arts and entertainment experts who nominate artists and entertainers from various art forms including music, writing, cultural arts, performing arts and visual arts. In order to be considered as a nominee, they must have a connection to the State of Mississippi. A panel of electors and fans then vote on which nominees should be inducted into The MAX Hall of Fame.

This is the third class of inductees into The MAX Hall of Fame. To see the complete list of inductees, visit their website.

About Jerry Lee Lewis
Jerry Lee Lewis is one of the all-time best singer-songwriters, musicians and pianists. He was born in 1935 to Mamie and Elmo Lewis of Ferriday, Louisiana. In November of ‘56 Jerry Lee made his way to Memphis, Tennessee where he would join Sun Records and launch hit records with “Crazy Arms,” “Whole Lotta Shakin,’”, and “Great Balls of Fire.” Jerry Lee, along with with his friends Johnny Cash, Elvis Presley and Carl Perkins would become known as the Million Dollar Quartet and there is not any part of music that their influences haven’t touched. As a member of the Rock and Roll Hall of Fame’s very first class of inductees, “The Killer” holds numerous awards including a star on the Hollywood Walk of Fame, numerous GRAMMYs, the Recording Academy’s Lifetime Achievement Award and countless other honors. He is truly rock’s first great wildman, and shows no signs of stopping, touring around the globe still today. Visit www.jerryleelewis.com to follow “The Killer.” 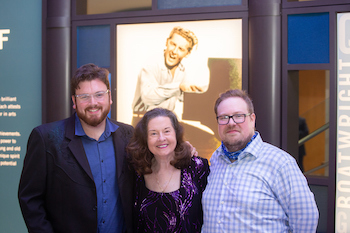