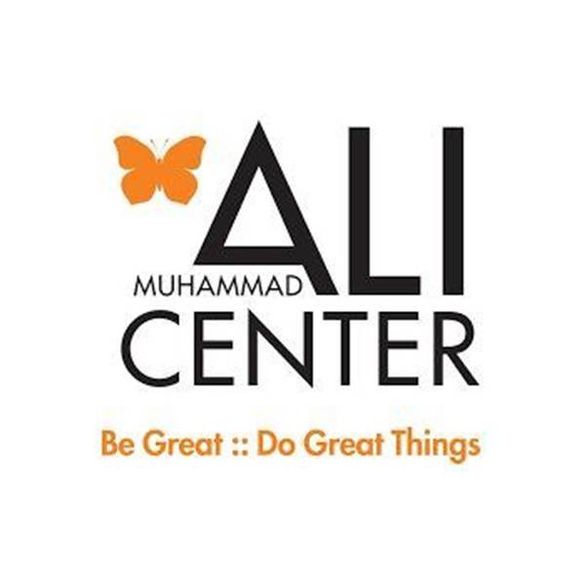 Expanded Muhammad Ali Festival in Louisville to Take Place June 4-13, 2021, to Encourage Unity and “Re-Birth” of the City

LOUISVILLE, Kentucky (October, 2020) — The annual Muhammad Ali Festival, a communitywide celebration that marks the anniversary of Muhammad Ali’s passing and celebrates his impactful legacy and love for Louisville, will take place June 4-13, 2021. With the recent societal issues that continue to shake up our world—the coronavirus pandemic, a reawakening of racial justice and equality, and a consequent downturn in the tourism industry—the expanded 2021 Muhammad Ali Festival is crafted to provide inspiration, entertainment, education, and activation through events that generate a sense of unity, justice, and a rebirth of Muhammad Ali’s hometown of Louisville. The Festival will kick off with the annual Muhammad Ali Humanitarian Awards on June 4 and conclude with the Derby City Jazz Festival on June 11-13.

“Muhammad Ali was a fighter and a uniter,” said Donald Lassere, President and CEO of the Muhammad Ali Center. “When he passed away on June 3, 2016, Louisville was at the center of a bright and steady spotlight of international news coverage when visitors from all cultures, ages, religions, and races came together with a unified and peaceful intent. Through next year’s Muhammad Ali Festival, we will strive to capture that same sense of harmony and healing, share the power of Muhammad’s legacy, and amplify his voice for social justice through a series of community events that touch people in a personal way and that serve a higher purpose.”

Muhammad Ali Festival events will regenerate tourism to the City and will include diverse activities that involve the community.

“The tourism industry in Louisville is down but not out. As Louisville’s Muhammad Ali once said ‘You don’t lose if you get knocked down; you lose if you stay down,’ and we don’t intend to stay down,” said Karen Williams, President and CEO of Louisville Tourism. “We look forward to this unique festival drawing positive attention to Bourbon City as we continue to honor Louisville’s famous son as well as the City’s authentic bourbon tourism, black culture heritage and iconic museums and attractions, with the Muhammad Ali Center at the core of the festival. This celebration in June will support Louisville’s tourism rebirth, igniting the passion and unity we saw from our community after his passing nearly five years ago.”

The Muhammad Ali Festival will also focus on health equity and wellness. As an athlete, Muhammad Ali became the first three-time heavyweight champion of the world. He was disciplined in his training regimen and dedicated to healthy eating and wellness.

“Muhammad Ali said that champions were made in the long, lonely hours training and preparing for competition, and he practiced what he preached,” said Louisville Sports Commission President and CEO Karl F. Schmitt Jr. “And even when he was no longer in the ring, Muhammad continued to teach us to not shy away from adversity when he shared his Parkinson’s disease battle in front of billions of people as he lit the torch at the Atlanta Olympics. The Muhammad Ali Festival embraces his spirit by adopting exercise and other movement activities as a lifestyle that can lead to better health for all people.”

Festival-goers can unite and bond through a series of musical performances during the last three days of the 10-day Muhammad Ali Festival. “We are very pleased to be a part of the re-birth of the city through the Muhammad Ali Festival,” said Max Maxwell, President and CEO of Derby City Jazz Festival. “After several successful years of bringing people together from across the country, the Derby City Jazz Festival’s programming has grown to include a vast array of experiences to benefit the community, build morale and further establish Louisville as a multicultural destination city. We are thrilled to bring a great line-up of well-known national music acts, health and wellness activations (Fabulous and Fit After Fifty) and unique shopping experiences from vendors in and around the Louisville area.”

More details about the 2021 Muhammad Ali Festival are forthcoming.

About the Muhammad Ali Center
The Muhammad Ali Center, a 501(c)3 corporation, was cofounded by Muhammad Ali and his wife Lonnie in their hometown of Louisville, Kentucky. The international cultural center promotes the Six Core Principles of Muhammad Ali (Confidence, Conviction, Dedication, Giving, Respect, and Spirituality) in ways that inspire personal and global greatness and provides programming and events around the focus areas of education, gender equity, and global citizenship. The Ali Center is formally associated with the United Nations Department of Global Communications, and in 2020, became one of the newest stops on the U.S. Civil Rights Trail. The Center’s headquarters also contains an award-winning museum experience. For more information, please visit www.alicenter.org.

About Louisville Tourism
Since 1968, Louisville Tourism’s primary goal has been to enhance the area’s economy through tourism development – to promote and sell Louisville as a world-class destination. Tourism is the third largest industry in Louisville supporting over 60,000 local tourism-related jobs in the Louisville MSA. Guests are coming from around the globe to attend a meeting, convention, special event, as a leisure guest or a combination. Prior to the global pandemic, more than 16.4 million annual visitors were experiencing Louisville’s authenticity, bourbon and culinary scenes and our unique brand of Southerness.

About the Louisville Sports Commission
The Louisville Sports Commission (LSC) is a Louisville, Kentucky-based 501(c)(3) organization whose mission is to create a legacy of economic and social vitality through sports. The LSC attracts and hosts sporting events and activities that have a positive economic impact on Louisville, enhance the area’s image as a premier sports destination, promote active lifestyles and improve the quality of life for community members of all ages, and connect local businesses with student-athletes for future job opportunities. More information is available online at www.louisvillesports.org, @SportsinLou and www.facebook.com/louisvillesportscommission.

About the Derby City Jazz Festival
Your New Home for Smooth Jazz: The first Derby City Jazz Festival took place on July 1st and 2nd 2016 on Fourth Street Live. With the city in full support, Mayor Greg Fischer participated in the event’s unveiling. The festival is the culmination of the city’s commitment to bringing a diverse and unique group of jazz & R&B musicians to Louisville to deliver an unparalleled collection of performances. For its 5th year, D.C.J.F. will once again curate a world-class lineup that will also include local artists. Patrons will also enjoy the unique charms that Louisville has to offer. Vendors and businesses will participate to bring matchless experiences and products to the two day festival. The festival, Louisville’s largest signature smooth jazz festival will also feature a personal health and wellness forum titled “Fabulous and Fit After Fifty” A national speaker and local panelist will discuss women’s empowerment and take a holistic approach to women’s issues. Please visit derbycityjazzfest.com.