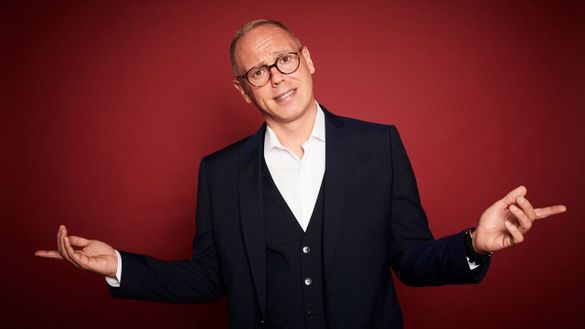 Princess Cruises has revealed its second round of celebrities who will speak onboard Southampton-based ship Crown Princess this year. The 3,080-guest vessel will head to the Mediterranean, northern Europe and Canaries from May to November.

Further to the first round of celebrities who were announced in late 2019, the following will also join the speaker programme:

Each speaker will host a 45-minute talk with questions and answers, as well as a meet and greet session including photographs and book signings. At least one celebrity will appear on almost every Crown Princess sailing during the UK season.

The speakers announced previously are:

Tony Roberts, Princess Cruises’ vice president UK & Europe, said: “It’s fantastic to announce the addition of further, well-known figures to the line-up onboard Crown Princess this year, meaning even more guests sailing with us from Southampton will have the opportunity to hear from them.

“With a wealth of entertainment options on Crown Princess the UK season is proving particularly popular with guests. If you want to hear from our speakers up close and personal then now is the time to book with us.”

Princess Cruises is offering an 8-night Norwegian Fjords cruise on Crown Princess, departing July 25, 2020. Sailing roundtrip from Southampton, calling at Bergen, Alesund, Olden, Hellesylt, Geiranger and Stavanger. Guest speaker Judge Robert Rinder. Prices from £849pp cruise only or from £1129pp inclusive of onboard savings package. As previously announced, from now until March 2, guests can choose to add the simplified onboard savings package for £35 per person per day. The package covers premium drinks, unlimited WiFi and gratuities – which is worth over £70 for guests who pay for these items in advance of their cruise, or onboard.

For more information or to book visit www.princess.com, call 0344 338 8663 or contact your local travel agent.

Fare price based on two people sharing an inside stateroom – accommodation, all main meals and entertainment.

Fares inclusive of onboard savings package are based on two people sharing an inside stateroom – accommodation, all main meals, entertainment, premium drinks, WiFi and discretionary gratuities are included.

The onboard savings package is subject to change at any time. The package covers premium drinks, WiFi and discretionary gratuities. Restrictions apply. For full T&Cs please refer to princess.com.

Guests must order the onboard savings package if booking together in the same stateroom.

One of the best-known names in cruising, Princess Cruises is a global premium cruise line and tour company operating a fleet of 18 modern cruise ships, carrying two million guests each year on 170 itineraries to more than 380 destinations around the globe, including the Caribbean, Alaska, Panama Canal, Mexican Riviera, Europe, South America, Australia/New Zealand, the South Pacific, Hawaii, Asia, Canada/New England and World Cruises. Itineraries range in length from three to 111 days.

In 2017 Princess Cruises, with parent company Carnival Corporation, introduced MedallionClass cruises enabled by the Ocean Medallion – the cruises industry’s most advanced wearable device, provided free to each guest sailing on a MedallionClass ship. The award-winning innovation offers the fastest way to a hassle-free, personalised cruise, giving guests more opportunity to enjoy their time onboard. Ocean Medallion will be activated on five ships by the end of 2019. An activation plan will continue across the global fleet in 2020 and beyond.

Two new Royal-class ships are currently under construction – Enchanted Princess, scheduled for delivery in June 2020, followed by Discovery Princess in November 2021. Princess recently announced that two new (LNG) ships which will be the largest ships in the Princess fleet, accommodating approximately 4,300 guests with expected delivery in 2023 and 2025.  Princess now has four ships arriving up to 2025. The company is part of Carnival Corporation & plc (NYSE/LSE: CCL; NYSE:CUK).