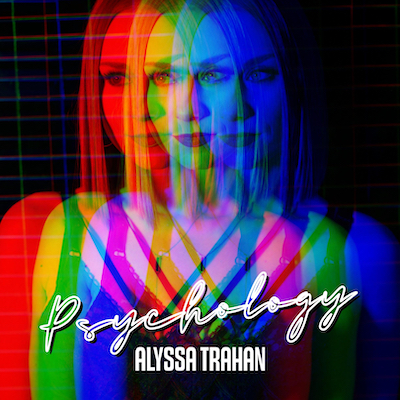 Yesterday acclaimed songwriting magazine, American Songwriter, exclusively premiered Alyssa Trahan’s newest single “Psychology” and an acoustic performance to accompany it. Written by Trahan and Kyle Rife and self-produced, “Psychology” is a sassy mid-tempo track that is the perfect take on what it is like dating in 2020. It’s a cool girl song with a catchy melody, relatable lyrics and fun to listen to. Listen to the single here.

“I’m so excited for everyone to hear this song! It’s my take on dating in the 21st century and is definitely a modern pop-country sound. I hope it makes people want to dance and reminds listeners that a constant cycle of on again/off again isn’t love, it’s psychology!” says Trahan.

“Looking past the underlying layers of meaning in ‘Psychology,’ the more immediate quality of note is its very polished production style. Trahan’s vocal is clean, clear, and given plenty of space to expand with reverb, even once the very snappy snare beat and piercing banjo plucks kick in. The song as a whole, is slick and well-made. It caters to Trahan’s modern country aesthetic without question.” – Kira Grunenberg, American Songwriter

Alyssa Trahan is a true jill-of-all-trades and should be the model of how to survive and thrive during a pandemic without a label. Not only is she a talented songwriter, but she can also produce her own music as well as play pretty much all the instruments on the records. Trahan also creates her own cover art, lyric videos and even edits her own videos. There is nothing the woman can’t do.

About Alyssa Trahan
Alyssa Trahan is able to blur genre lines with her modern pop production mixed with traditional country instrumentation, winning fans over of all genres. A jill-of-all-trades, singer, songwriter, multi-instrumentalist and audio engineer, Alyssa began making waves in Nashville as soon as she moved from her hometown of East Rochester, N.Y. in 2016. Just two years later, in January 2018, she signed her first publishing deal with Dan Hodges Music. Playing over 100 shows a year, Alyssa is captivating audiences with her energetic live shows opening for like likes of Charlie Daniels, Jana Kramer, Josh Turner, Lee Greenwood, Lee Ann Womack, Midland and many more. Whether it’s solo or with a full band, Alyssa steals the show. Bringing a fresh new sound to country music, Alyssa Trahan is a fresh face force to be reckoned with, follow her at alyssatrahan.com.