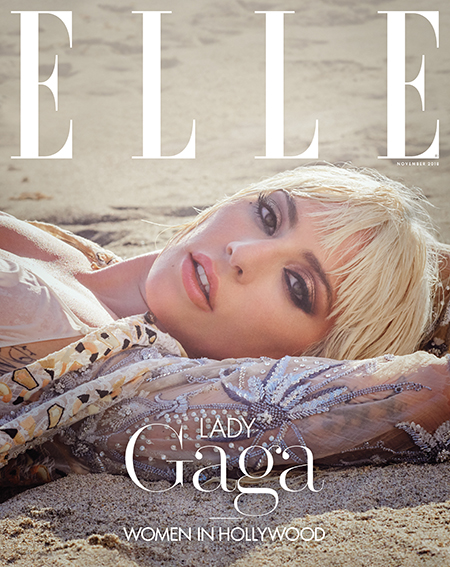 NASHVILLE, Tenn. (October 22, 2018) – In the November issue of ELLE, accomplished journalist Jessica Hopper delves deep into the state of women in Nashville’s music industry. Among a number of high-profile female artists, trailblazing organizations and valued fellow journalists, she features Nashville’s only all-female singer-songwriter collective Song Suffragettes, the organization’s founder Todd Cassetty and a leading member, independent artist Kalie Shorr.“The rapport between all five women [five women are featured every Monday night] is collegial and affirming. They sing along to each other’s choruses. Their collective talent is palpable—and on a few songs, chill-inducing. By way of an intro, Shorr explains why this night is necessary: ‘Women in Nashville deserve to be heard, even if they are not on the radio.’ The audience, a few hundred deep, whoops and whistles in agreement.”

“Song Suffragettes founder and promoter Todd Cassetty agrees that bold action is the answer, and that tokens and talk won’t shift anything. ‘Awareness is no longer the problem,’ he says. ‘Everybody in this town knows there’s a huge problem. The problem is, nobody does anything about it.’ While 200-plus performing songwriters in the Suffragettes community have landed 51 contracts (11 recording and 40 publishing) since the night began in 2014, Cassetty says there’s little traction otherwise. ‘There’s complete apathy about this.’ The radio monoliths ‘could change this tomorrow,’ says Cassetty, not with quotas, but simply by committing to do better.” – Jessica Hopper for ELLE.

In January, the group pointedly addressed gender inequality and sexual misconduct against women with their song and accompanying music video, “Time’s Up.” The song was penned by Shorr, a current CMT Next Women of Country member, and Lacy Green, and received praise from national outlets such as The Boston Globe, Rolling Stone, Billboard and Grammy.com. The group is a proud sponsor of the TIME’S UP Legal Defense Fund and the video can be seen here.

About Song Suffragettes
Song Suffragettes is a collective of female singer-songwriters that performs every Monday night at The Listening Room Café in Nashville, TN. In just over four years, Song Suffragettes has showcased over 200 talented women out of over 1,300 who have submitted to play the showcase. With a mantra of #LetTheGirlsPlay, Song Suffragettes vocally combats wide-spread discrimination against women in the music industry by giving female talent a place to play, grow and evolve with fellow creatives. Since its inception, 11 Song Suffragettes women have gone on to receive record deals and 40 have landed music publishing deals. With over two million views on their YouTube channel and a strong social media following, Song Suffragettes continues to fight for female talent to be heard throughout the country and beyond. For more information please visit www.songsuffragettes.com.